Exorcism – Matthew 17:18 Jesus rebuked him, and the demon came out of him.

Faith Healer Exorcist Announcements Exorcism – Matthew 17:18 Jesus rebuked him, and the demon came out of him.

Exorcism – Matthew 17:18 Jesus rebuked him, and the demon came out of him. 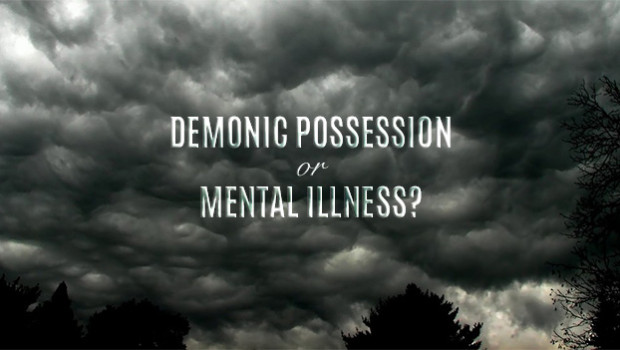 People ask me what is an exorcism. An exorcism is an expulsion of demons from human bodies. The whole purpose of exorcism is to heal demoniac s from oppression or possession, what happens demon's torment their victims as they vacate their bodies and minds, when I do exorcism the voices of the demons speaking through their victims get louder and more fearful. When demons depart, they often described as ugly creatures. I believe that demons can take control of many a person's physical movements and mental faculties. We must remember Jesus not only expelled unclean spirits from people but also cured scores of people of various illness and diseases. Therefore, an exorcism to me is also a means of healing.

What is a demon?

A demon is a supernatural entity. Another name would be a fallen angel. It does not have a body, but possesses incredible intellect and power to destruct our lives and bring illness and diseases on us. The Devil Satan, or one or more of his subordinate demons, invade the body of the person and seize control of that person's physical movements, senses, and mental faculties. As demons are viewed as being incorporeal, they could go in our bodies and cause havoc. Once they have penetrated the human body, they do their works of destruction. Demons indiscriminately attack organs and anatomical parts, when they attack the brain, they gain control of the demoniac memory, imagination, and reason. I hope that has partly explained what is a demon.

How do demons enter?

Well the most common way is through open doors of opportunity and these door entries are their legal rights, for demons to enter and build strongholds. Why, because when we go through life and experience traumatic times, this will bring on self-hatred, rejection, abuse, jealousy, anger, fear, and all these are open door entries for demons to enter. Generational curses passed down from family to family they also are door entries. Open doors also consist of repeated wilful sins, ungodly vows, curses self-imposed by involvements of occult dabbling, ungodly soul ties, and many more, this is how demons enter and build strongholds and remain in your body for many years.

Are there demons that cause sickness onto mankind?

Indeed, many people suffer from physical or mental illnesses because of demons, as explained above. Some of the classic cases are epilepsy and melancholy. I believe demoniac s are afflicted by, among other things, catatonic schizophrenia, epilepsy, palsy, and anorexia. The most popular of these explanations is that demoniac s suffered from a dissociative identity disorder, more commonly referred to as multiple personality disorder, hysteria. Modern Psychiatrists find demoniac s usually alternated between two distinct personalities - those of the possessed person himself or herself and the demon that apparently spoke through them, so as you can see above it makes sense. Many people are demonized without knowing and are suffering with chronic health disorders.

Where do demons go when they are cast out?

Submit yourselves therefore to God, resist the devil, and he will flee from you. When the unclean spirit has gone out of a person, it passes through waterless places seeking rest, but finds none, and then it says, I will return to my house from which I came. And when it comes, it finds the house empty, swept, and put in order, if we backslide, then it goes and brings with it seven other spirits more evil than itself, and they enter and dwell there, and the last state of that person is worse than the first. Be sober-minded, be watchful; your adversary the devil prowls around like a roaring lion, seeking someone to devour. All demons are cast out and sent to the pit where they belong, that is where the Holy Spirit sends them.

What is a curse?

A curse is the opposite of a blessing. There are different types of curses - a generational curse is a defilement that is passed down from one generation to another. Curses arise when people use hatred, negative words of filth, and a desire to harm others and many more. For all who rely on works of the law are under a curse; for it is written, cursed be everyone who does not abide by all things written in the Book of the Law, and do them. How can I curse whom God has not cursed, how can I denounce whom the Lord has not denounced. Then he will say to those on his left, depart from me, you cursed, into the eternal fire prepared for the devil and his angels.

When people are free and delivered from their bondage, some people backslide and then again open themselves to a second lot of demonic attack. If a person backslides or grows cold in his or her allegiance with Jesus, then Satan comes, tempts him or her to do wrong and your sins are then opened up for demons to come and bring hordes of others to inhabit your body, then they take control of your body and mind; so stay with God believe in Jesus always be protected. Be vigilant at all times and avoid backsliding.

When does a person seek the help of an exorcist?

In my personal opinion, it is when you feel something is not right and strange, “odd things” are happening in and around your life, and you are doing things against your will, and you feel you have no power over what is happening to you, it could be oppression but not always. We must have a change of heart and mind. What I say we would have to test the spirit of manifestation of its validity, before you can have exorcism and be healed. So you must go and visit the Questionnaire, which is on this site, just mark down the no's and send them on to me, and only then we, which will determine your afflictions and oppression's or possessions. There is also an exorcist ritual to help you, at a little cost if needed. I hope this has partly explained what an exorcism is all about.